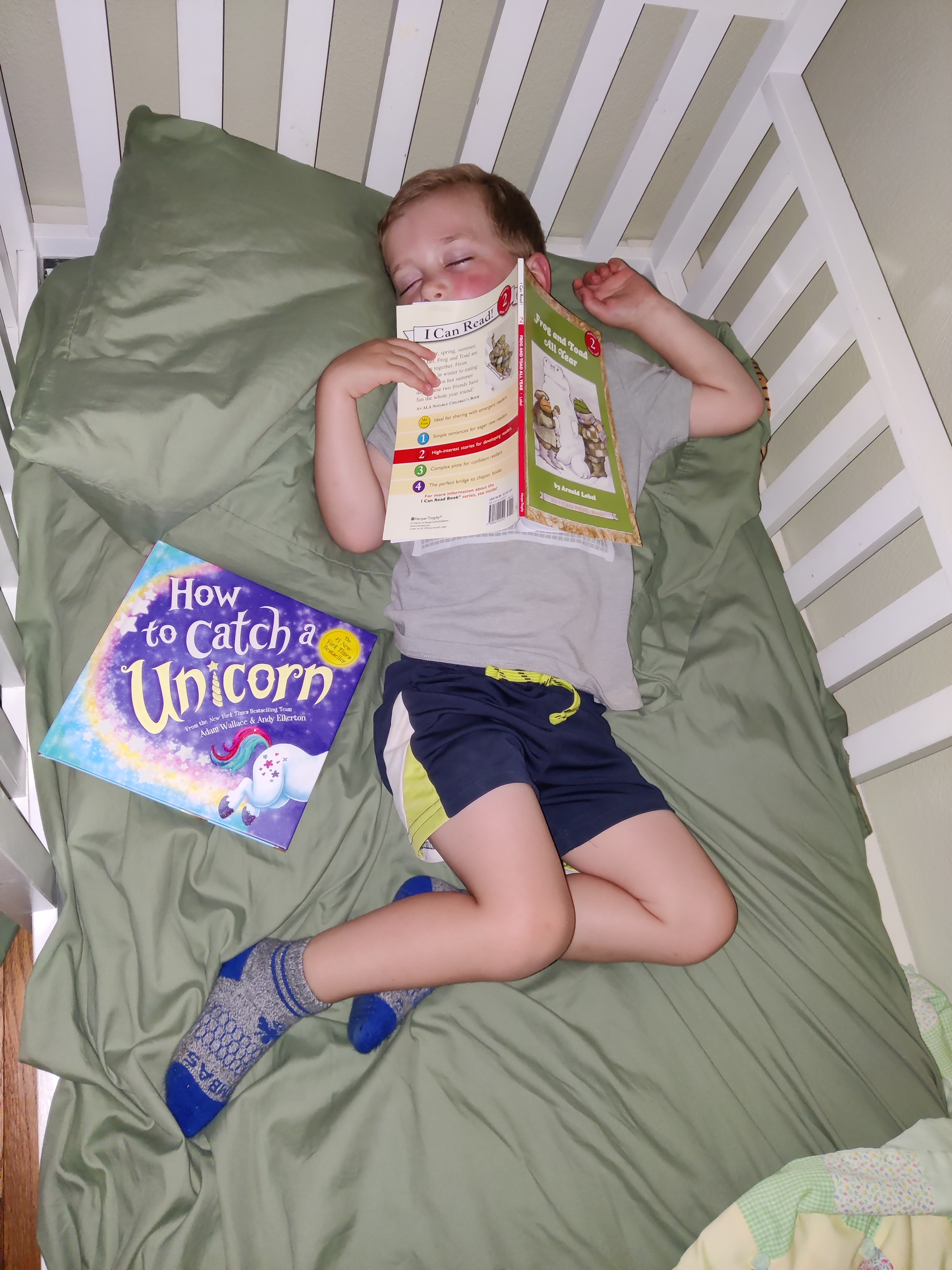 1. What did you think of reading as a child?
Readers were considered geeks when I was growing up. I loathed having to read or do reading comprehension in school. Maybe it was because I was such a slow reader. But occasionally, when reading novels in school, I found myself actually enjoying it! I’d find myself pondering how I too, could convince my friends to do work, like Tom Sawyer did. I didn’t start reading regularly until I was 17. It happened after reading the book “I Dare You,” by a man who founded a leadership camp. From then on, I read nearly one book a month.

2. When did you consider yourself to be a reader?
I still never considered myself much of a reader, because I didn’t read novels. But then I started occasionally reading children’s novels in my adulthood and loved them! Recently I heard that you can still be a reader, even if you don’t enjoy novels. That’s it! I suddenly realized after nearly 20 years of reading non-fiction, that I am a proud reader. It just so happens that my favorite genre is non-fiction! I read to learn!

3. Do your children love reading?
One of my favorite joys in parenting has been passing onto my children a LOVE for books and reading. None of them can actually read yet, but they often fall asleep looking at pictures books.

One day, I was tired of reading picture books to them, also sick and laying on the couch. I picked up a children’s chapter book, Pollyanna, and started reading it aloud to them while they played with their toys. They LOVED it! And I loved it too! That started our reading of chapter books together. Confession: this is likely my second favorite genre.

4. What are some reading goals you have?
This year, I have the goal to finish on average one chapter book a week. We’re nearly half way through the year and I’ve actually finished 21 books, praise God! Audiobooks, folks, is a game changer, btw! I still love to hold a book and turn the pages, but audiobooks are so great for driving!

So I have a few friends who love reading even more than me. Like one friend, is going to read 100 chapter books this year. She did it last year too! She’s already up to 57! She’s a mom of three and one is a baby. They inspire me to read more and often make great book recommendations. I also love chatting to these people about books they’ve read.

5. Do you gift books?
ALL THE TIME! I’m totally that person that says, “oh, you’re dealing with that? There’s a book on that…” Even with kids I’ve started asking parents what the kids like and then buying their kids books related to that for their birthdays. I’m a firm believer that you can never have too many books.

6. How do you read? (All at once? Bits and pieces?)
I like to take breaks in the middle of my reading in order to think on what I’ve read and let it really sink down. I’ve never been one to read a whole book in a couple of days.

7. How do you read the Bible?
I read the Bible all different ways. Currently, I’m reading through the Bible in a year with our church. I also read through books of the Bible with my children. And of course, Precept Bible studies are my favorite way to study the Bible. So overall, I try to read my Bible daily (but I definitely don’t do it perfectly).

So that’s MY story about getting into reading, but what’s yours?

A lot has happened these past couple years to give us reason to fear. Fear tends to be associated with words like scary, terrifying, anxious, afraid. However, the Bible also associates fear with love, power, and reverence. Multiple times within the Christmas story, people had fear when they encountered God, an angel, or the Angel of the LORD. Seeing power produced fear. Yet they were all told not to fear. Why?

“See the face of God and die,” as the saying goes (Exodus 33:20). But something besides that saying caused the godly people to fear. When an angel appeared to Mary, “The angel said to her, ‘Do not be afraid, Mary; for you have found favor with God’” (Luke 1:30). Why would we fear God if we are doing what He commands? He would find favor with us.

When Christ was born, the angel told the shepherds not to fear because he had good news (Luke 2:10). Could it be that an encounter with God, though scary in itself, might actually bring “good news?”

Zachariah was gripped with fear and disbelief so much that he lost his voice for a time after seeing an angel (Luke 1:12). He lost his voice due to “unbelief.” Yet, God has the power to do that, right? How much more faith did Zachariah have after that encounter because He personally experienced God’s power through taking His voice away for a short time? When God gave him his voice back, he praised God (Luke 1:62-66).

Every godly person in the Bible who had an encounter with God (or His angel or the Angel of the LORD), was afraid, initially. They feared because they knew the power God had over their lives, the power of life and death. The Creator of the universe and of their very being, stood before them (Genesis 1). Then, after seeing the Lord or His angel, Mary, the shepherds, and Zachariah praised God fearlessly.

So what do we do with all this? First of all, we are to fear God and nothing (or anyone) else because He has all authority and power in all of existence (Matthew 28:18-20). Since we are commanded over and over to fear God, getting rid of all fear is not the goal. Rather we must realize that our fears are misplaced. Instead of fearing man or circumstances or the future, we must fear God and God alone. We should only fear the One who has ultimate power and authority over everyone and everything in the whole world (Matthew 28:18-20).

The other reason we need not fear is because God is holy and perfect and loves us perfectly. The same God who Created the universe, loved you so much that He sent His One and Only Son, Jesus, as a baby, to live a sinless life, die a criminal’s death, and rise to life three days later (John 3:16). He loves you so much He gave His life for you! And if He defeated death, He’s big enough to handle whatever you’re facing right now (Hebrews 2:18).

Then lastly, if we truly fear God, we will obey Him. Fear in the Bible is often mentioned in conjunction with obedience to God. “Fear and obey God” (Ecclesiastes 12:13). And it’s also often mentioned in conjunction with loving God. Fear, obedience, and love for God all go hand in hand. “For God did not give us a spirit of fear, but a spirit of love, power, and self-discipline” (2 Timothy 1:7).

Therefore, to know God, to love Him, and to obey Him, IS to fear Him, and Him ALONE!This Christmas… As fears creep in and anxiety mounts, let’s instead remember Who we are to fear and cast all our anxieties on Him (1 Peter 5:7). The only One to fear, is God. Since fear is associated with power and God is the most powerful of them all, of course we should fear Him. It would be disrespectful and quite frankly, unbiblical, to do otherwise. To know God is to fear Him. To love God is to fear Him. If we do not fear Him, we are denying His power and disobeying a frequent Biblical command.

N started pre-K and is loving it.

H had a helmet for 5 months.

P has been talking all year.