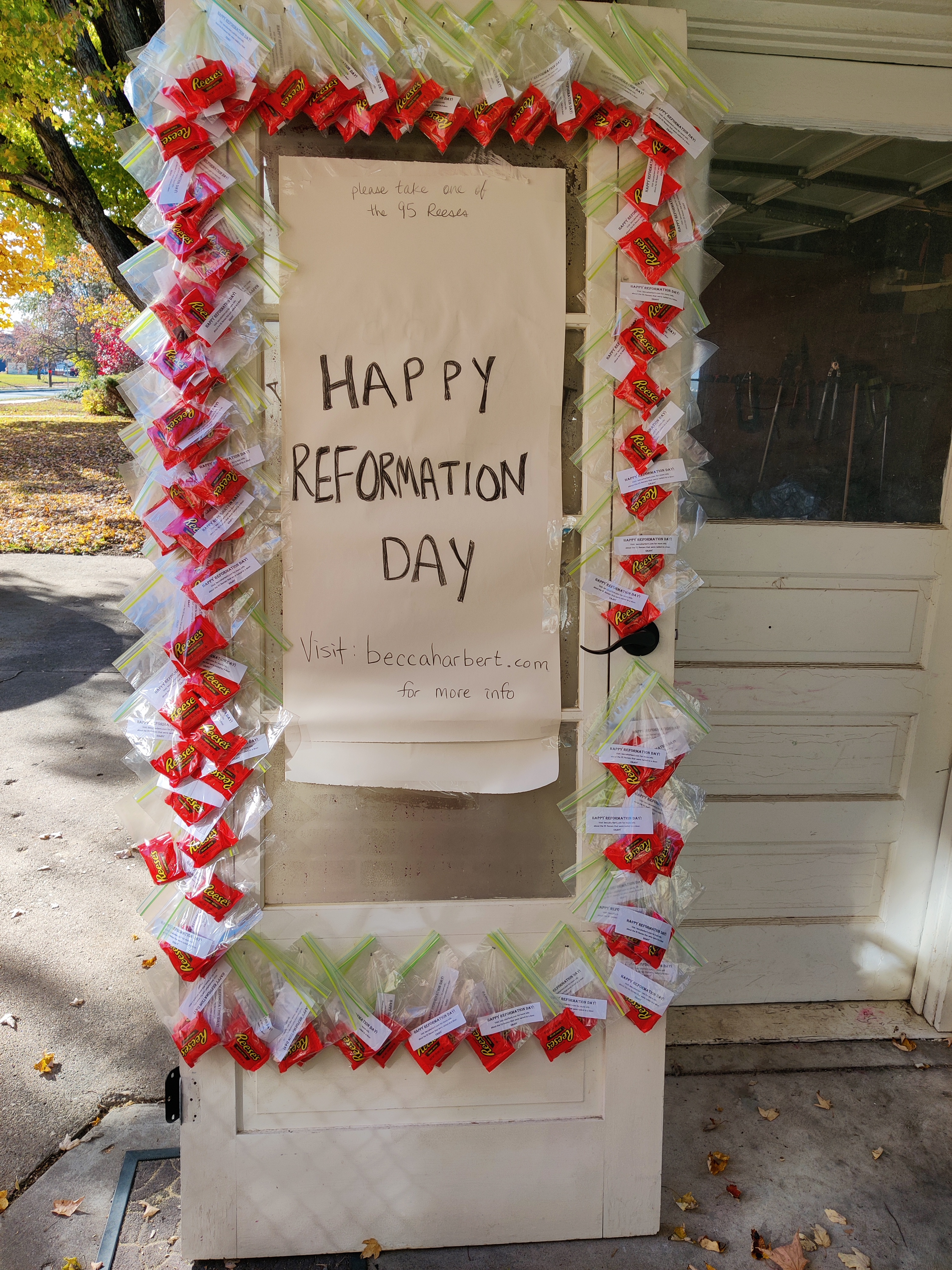 On October 31, 1517, Martin Luther nailed his 95 Thesis (not 95 Reese’s, lol) to the door of a Catholic church in Wittenburg, Germany. It contained 95 things he found the church was doing against Scripture! This started what became known as the Reformation. Up to this point, the church was just Catholic. The Reformation meant Protestants came into being. People fought over it and lost their lives over it. Many were burned at the stake for saying things that were against the church, but agreed with the Bible.

One of the biggest issues was how someone came to become a Christian. The Catholic Church had lists of things required for people to receive and keep their salvation. Martin Luther said, “by grace alone through faith alone,” based on Ephesians 2:8. Along with that, the reformers had five basic areas of doctrine which they called the five Solas. These included things like “God’s Word alone,” having the highest authority in one’s life.

Did Martin Luther plan his act to be done on Halloween? No one really knows. The church did honor All Saint’s Day and Hallows Eve at the time. I personally think he just happened to get his thesis finished by then. But perhaps God planned it like that. Who knows. Either way, a fun way to commemorate our freedom in Christ is through nailing 95 Reese’s on a door for Halloween.

If you’re visiting because you took one of our 95 Reese’s, please see my children’s book available here: https://www.amazon.com/Nut-Donut-Rebecca-Harbert/dp/194383105X