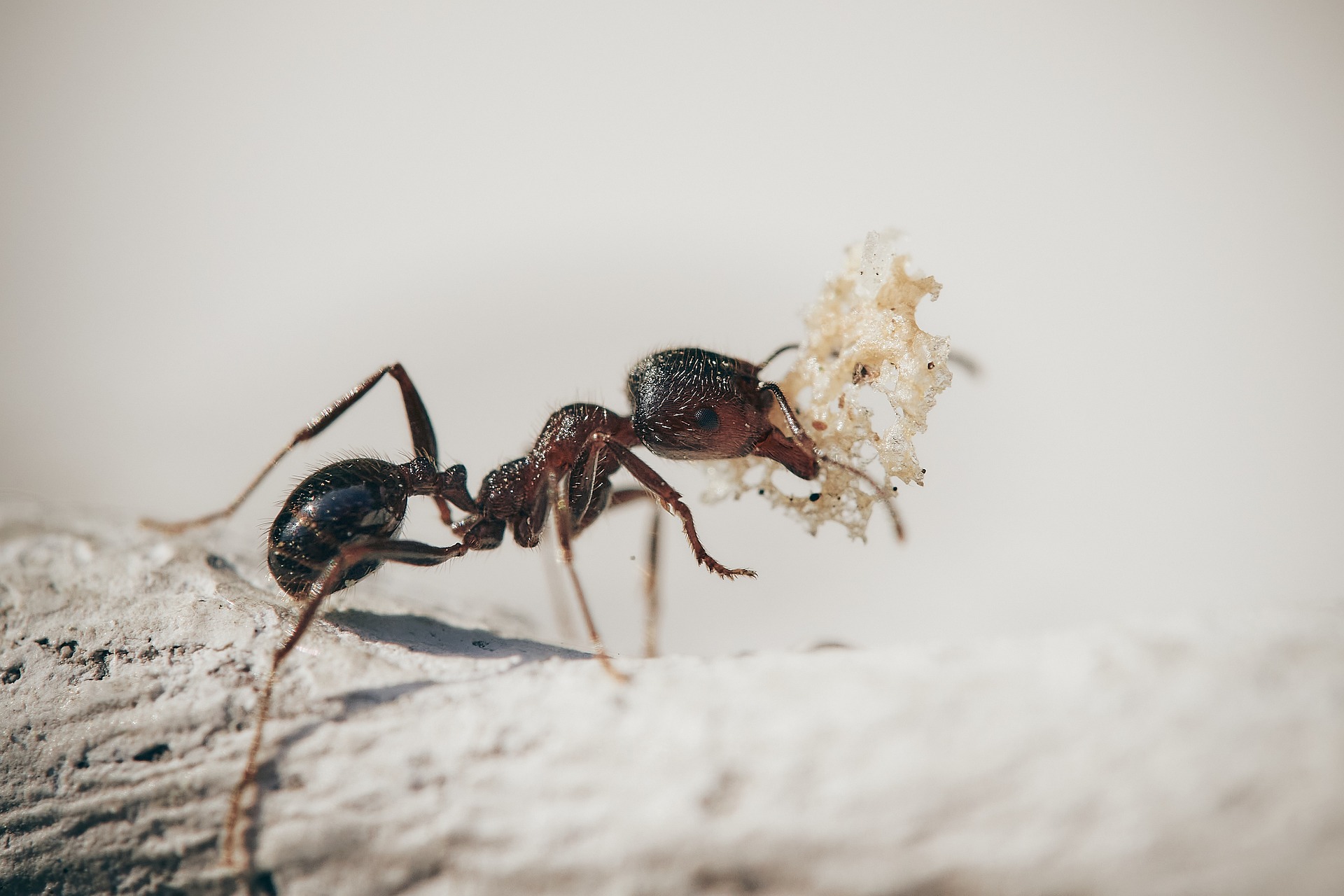 Ever get really overwhelmed by something? Or all the things? I recently heard a great explanation on Proverbs 6:6-11 about the ant. I have been meditating on that passage ever since. Ants are tiny, right? Yet they store up their food in summer. Have you ever noticed that each spring and summer, ants return? Like, no matter how cold it gets, the ants return!

We spend a lot of time marveling at famous people doing amazing things. But how often do we look at what they did in order to get to that point? One of my favorite examples is Odell Beckham Jr. He was just another football player until one day, during a game, he made a phenomenal one handed catch that was a game changer. I’m not big on watching sports normally, but I saw that catch as it happened. I said out loud, “I wonder if he practiced that!” He did it so flawlessly. Guess what?! He DID practice it! He’d practiced catching that football with one hand, while running, many times. Then one day, when it mattered, he was able to do it perfectly. He became known for that catch. Not every football player can catch a football one handed. But every football player could practice and then be able to.

It’s the same with us. The big moments are few and far between. But what makes them stand out is what we’ve done quietly, daily, preparing for those big moments. We might not be able to accomplish something huge today. But we could take a step in the right direction. We could, like the ant, take a lot of little steps, moving lots of little grains, one at a time, until we have moved a mountain. Maybe that’s what Jesus meant by faith as small as a mustard seed. The faith to take one little step, followed by another, and another, until the mountain is moved.

Instead of being overwhelmed by all the boxes to unpack, I can unpack one. I can submit my work to one publisher, then another, then another, knowing that will help me achieve my overall goal of getting published. I can weed one area of my yard, knowing that if I keep at it, eventually, all the weeds will be gone. I can devote 15 minutes a day to playing ball with my son, knowing that investment in his life will have eternal benefits. I can’t do everything, but I can do something, today.

And you can too. What are you overwhelmed by currently? Maybe it’s your kids’ birthday party that you’re supposed to clean the house for. Just clean one room, or one corner.
Perhaps it’s trying to finish that house project before hosting family for the holidays. What step can you take?

Or do you have a work deadline? Or did you just move and there’s just so much to do. Unpack one box. Hang one thing on the wall. Just do something, no matter how small. Choose to do something instead of being frozen at the insurmountableness of it all. (Sure it’s a word! You just read it, Lol)

One last thing, if doing something, even something small seems impossible, maybe you need help. Call a friend. Enlist a support group. Get some accountability. I recently recruited some friends to join me in submitting our writing to publishers. We have a total goal number we’re working on together. Simply having friends in it with me has boosted my motivation immensely.

Proverbs 6:6-11
Take a lesson from the ants, you lazybones.
Learn from their ways and become wise!
Though they have no prince
or governor or ruler to make them work,
they labor hard all summer,
gathering food for the winter.
But you, lazybones, how long will you sleep?
When will you wake up?
A little extra sleep, a little more slumber,
a little folding of the hands to rest—then poverty will pounce on you like a bandit;
scarcity will attack you like an armed robber.

*9 Things You Simply Must Do by Henry Cloud reference