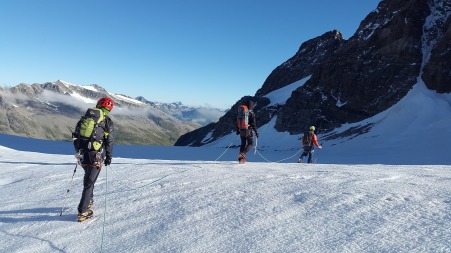 So what exactly is discipleship? My! That’s a good question! And I’m so glad you asked! I’ve heard a great many definitions on this and I don’t think any of them are necessarily wrong. Dr. Tony Evans describes discipleship as being that “developmental process of the local church that seeks to bring Christians from spiritual infancy to spiritual maturity so they are then able to repeat the process with someone else” in his book Kingdom Woman (171). Dr. J from Moody Theological Seminary says discipleship can be as simple as “teaching a skill,” among other things. The True Woman 201 Bible study by Nancy Leigh DeMoss and Mary Kassian, says, “a woman’s greatest aim ought to be to glorify God and further His kingdom by reproducing—bearing spiritual fruit” (207). While I agree with all of these definitions, my personal favorite is “becoming like someone.” Paul said “Be imitators of me, just as I also am of Christ” in 1 Corinthians 11:1.

I most often saw this definition lived out in college through my involvement in Cru. I would see those discipled by certain staff members begin acting in the same ways as those staff members who had been discipling them. It was not just in godliness that they resembled each other. It was in everything. Let that be a warning to you mentors. For better or worse, your disciples will imitate everything about you. Most of what we teach isn’t taught so much as it’s caught.

Just as we see our children imitate us for better or for worse, so those we disciple will become like us. Therefore, let us strive to be like Christ so that they will too. Imitation is the greatest form of flattery. So as your disciple becomes more like you in the way you dress, do your makeup, do your hair, keep your house, treat your spouse, and even the car you drive, be encouraged. These outward imitations should reflect something else that’s inwardly changing as well—her heart.

Speaking of the inward change…how is an angry person supposed to learn to be gentle if they’re only around angry people? You’re right. It’s impossible. They need to have it modeled for them. They need to be around people who are gentle. As you become godlier, so will those following you because they will see your spirit and want to imitate the godliness they see in you. Every godly individual will bear fruit in the lives of others.

Never underestimate the effectiveness of a single person living for the Lord. It’s not about how many people they’re discipling. It’s about if they’re growing spiritually. If they are, then that will indefinitely rub off on everyone around them. We cannot help but become more like the people around us. As “iron sharpens iron, so one man sharpens another” (Proverbs 27:17).

If you actually question your effectiveness in the life of another, consider these few things. First of all, are you praying for their spiritual growth and that the Lord would use you as He desires to help with that? Second, are you growing spiritually? This is probably more like the first importance, but it’s assumed. If so, you should be sharing what the Lord is teaching you with others—especially those you are mentoring or discipling. I am so encouraged when I hear my mentor share with me how the Lord is working in her life. Likewise, I know when I am growing in the Lord, I find it much easier to pour myself out for others because I have already been filled up in my relationship with God. Thirdly, does the person know that you care about them? Pray about how you might be able to show them how much you care.

I recently heard a seven-year-old who I am invested in singing the opening song from The Lion King, or at least trying to. That beginning part that’s in another language is a bit tricky! I laughed to myself because, while I think it’s so fun to try to sing that beginning part in another language, I had never ever heard anyone else try to sing that part—on their own, without the music, just for fun. I did not realize I had rubbed off on her in that way. Yet I had, and she now found enjoyment in the same thing that I found enjoyment in, too. So what is discipleship? It’s becoming like someone. If you’re becoming like Christ, those you disciple should be too.